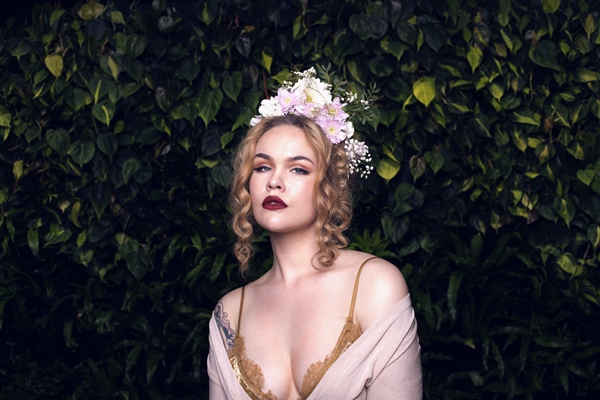 It takes a special artist to snatch triumph from the jaws of disaster. Rewind to 2016 and everything was going right for Ina Forsman. The 24-year-old singer had gone from Finland’s best-kept secret to Ruf’s hottest new signing. Her self-titled debut had wowed the music press, while she’d blazed her reputation on that year’s Blues Caravan tour, and couldn’t slow the torrent of new songs that flowed from her.

Then fate threw a curveball. While gigging in New York, Ina lost her phone – and with it, every last scrap of new material. A lesser artist would have crumbled. But as you’d expect from a road-warrior who paid her dues under blues heroes like Guy Verlinde and Helge Tallqvist, Ina stood tall, breathed deep, wiped the slate clean and took two more years to pen a fresh batch of songs. “At the end of the day, I’m happy I lost my phone. I lived a little more life – and wrote better songs with more emotion.”

Some listeners will focus on Ina’s incredible vocal, as she slips from the feline purr of Be My Home and the rapid-fire punch of Get Mine, to the conversational flow of Figure. But perhaps still more impressive is the quality of her songwriting. As on her debut, Ina is a creative force, penning all the lyrics and co-writing the music, on an emotional rollercoaster that swerves between the acid-jazz of All Good, Genius’s speaker-rattling soul and the shivering slow-blues Miss Mistreated.

She’s full of surprises. Try the Latin rhythms of Every Single Beat, or Chains, with its throbbing beats and gang-chant vocals. Even when she writes a love song, Ina twists the template, with Whatcha Gonna Do and Why You Gotta Be That Way giving two perspectives on sexual harassment. “The first song is the situation from a man’s point of view,” she says. “He sees a girl, tries to get her attention and ends up making some fucked-up decisions. The next song tells the story from the girl’s point of view: she just wants to carry on with her stuff but this dude won’t leave her alone.”

It all ends with Sunny – a smoky acapella masterclass, written entirely by Ina, that sends you off into the world ready to spread the word about this extraordinary artist. Been Meaning To Tell You is the second album that you hoped Ina Forsman was capable of – and then some. Let us all be thankful that she lost her phone…