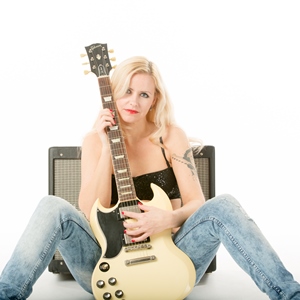 For years, they called her Norway’s best-kept secret. She hit the stage each night in a blur of blonde hair, gutsy vocals and stinger riffs, converting the crowd with charisma worthy of the man tattooed on her left shoulder (Jimi Hendrix). Night after night, club after club, always the same question. Who’s that girl…?
Now, at last, the secret is out, as Christina Skjolberg breaks cover and proudly plants her flag with her debut studio album. Released in February 2014 on Ruf Records, Come And Get It is not just a bold album title, but also a direct instruction to any music lover who wants to kick-start their year of listening.